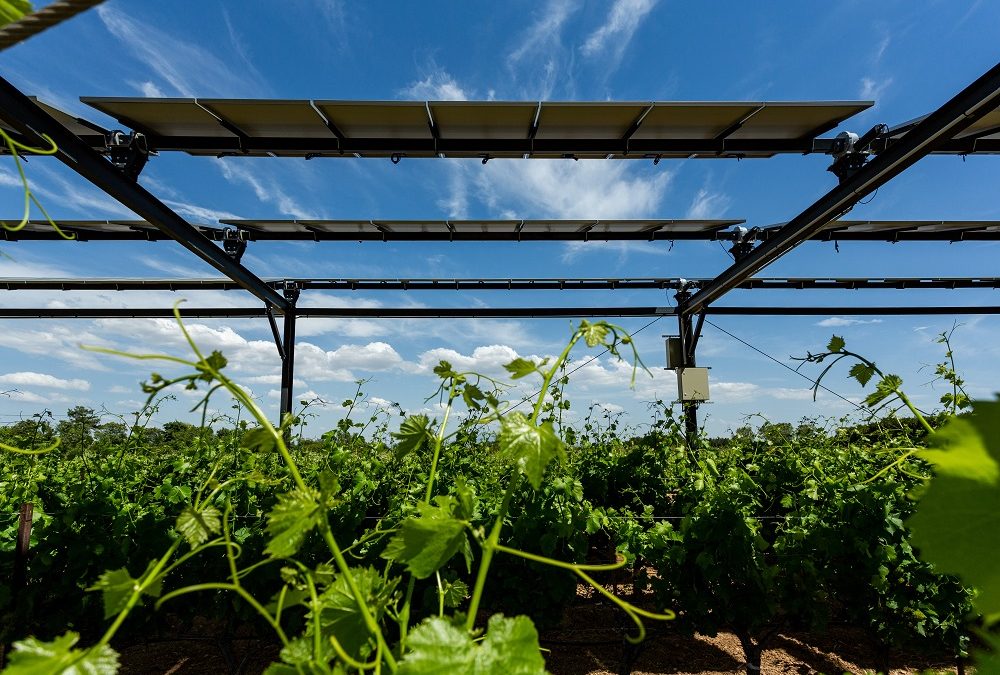 The French Centre for Studies and Expertise on Risks, the Environment, Mobility and Urban Planning (Cerema), which is jointly overseen by the Ministry of the Ecological Transition and the Ministry of Territorial Cohesion, has just designated Sun’Agri as a key player in climate change adaptation. This official recognition confirms the public authorities’ support for agrivoltaics and will make the Sun’Agri solution more accessible to agricultural stakeholders seeking to respond to the challenges of a changing climate.

The effects of climate change, which are increasingly prevalent in France, are forcing many sectors – mainly those related to agriculture – to find alternative solutions that will ensure the sustainability of their activities. Against this background, the French government has decided to support these stakeholders by providing them with the tools they need to better prepare for a changing climate. To this end, Cerema created the Resource Centre on Adaptation to Climate Change on 1 December 2020. It is accessible to the public and aims to catalogue all existing solutions, local initiatives, training courses and calls for projects to support the various local authorities, economic actors and institutions in their efforts to adapt to climate change. The centre thus offers the agricultural sector essential resources for ensuring the sustainability and durability of crop production.

Cerema’s new centre has designated Sun’Agri a key player in the efforts to adapt to climate change. Our technology is thus officially recognised by the French government as a solution for the protection of agriculture against weather hazards. In fact, our technology makes it possible to safeguard and increase agricultural yields despite the changing climate. It works based on the idea of protecting crops against weather hazards by placing mobile solar louvres above them, at a sufficient height to allow the passage of agricultural machinery. These solar louvres are placed at the service of the plant; controlled by algorithms tailored to its needs, they tilt to provide sunlight or shade, as required. In this way, the solution deliberately prioritises the needs of crops over the production of electricity. The main aim is to enable farmers (such as wine or fruit growers) to achieve their production targets, both in terms of quality and quantity, even in the face of weather hazards that threaten their crops (water stress, heatwaves, frost, hail, etc.).

Over the next few years, this technology will experience significant growth in France, given that the Energy Regulatory Commission (CRE) selected 31 agrivoltaic projects in its latest call for tenders in December. At the same time, Sun’Agri also announced the launch of the “Cultivons Demain!” initiative, which aims to raise €1 billion by 2025 to equip 300 French farms with agrivoltaic systems.

“We are proud that our technology has been recognised as a solution for climate change adaptation by an official government body such as Cerema. This recognition shows that dynamic agrivoltaics serves a public function, not least given that farmers are the first to suffer the effects of climate disruption. Today, it is therefore essential to develop solutions to make agriculture more resilient. Agrivoltaics is one such system, and government support is vital to ensuring that it is not only accessible but also regulated, so that agricultural yields are always prioritised over energy production”, says Antoine Nogier, President and founder of Sun’Agri.