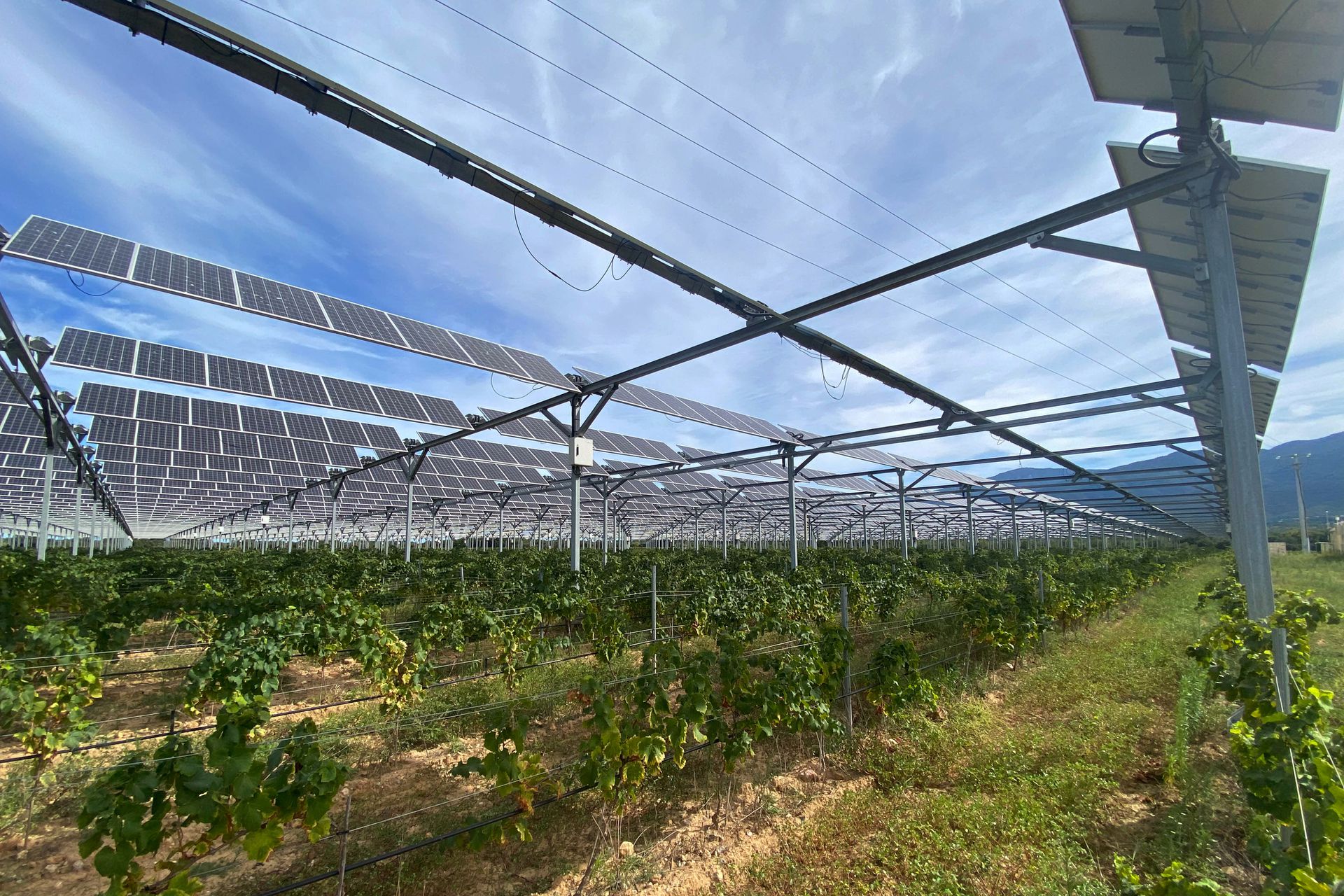 TRESSERRE, southwest France, Oct 4 – A roof of solar panels shades Pierre Escudie as he inspects the last plump grapes to be harvested at his vineyard in southwest France, after a year of hard frosts and blistering heat that damaged many of his neighbours’ crops.

The solar panels insulate the grapes during periods of extreme cold and shield them from the sun’s harsh rays during heatwaves. The panels also rotate to allow more light to hit the vines on more overcast days.

Rising global temperatures along with the increasing frequency of heatwaves, droughts and cold snaps are changing the flavour of French wines. Warmer temperatures cause grapes to ripen earlier, resulting in more sugar in the grape.